We previously posted about our decision to order a custom Cowtown Sleeper seating unit for our truck. With our truck only having 5 seats, and baby number 4 on the way, we needed a solution for transporting our family and we really didn’t want to purchase a second vehicle. Here is our Cowtown sleeper review of our pickup seating unit.

This post contains affiliate links. This just means that by purchasing through them, we may receive a small commission (at no additional cost to you) as a thank you for our referral. This helps us keep awesome free content coming your way.

Why A Cowtown Sleeper?

There are many other options a large traveling family could choose. We had several reasons for ultimately choosing a Cowtown sleeper vs another option.

We made a blog post and video on an in depth reasoning of why we chose to go with a seating unit for adding more seats to our truck.

We know several families with them and it seemed to be a really good option for our size family.

But why Cowtown specifically?

Before Our Cowtown Sleeper Review, A Little History

Many people are not aware that the current Cowtown sleeper company IS NOT the same as the original.

The original company was located in Fort Worth, Texas and had been in business since 1977. If you have ever been to Fort Worth, you’ll know why it was named “cowtown.”

We don‘t know the exact specifics, but according to the current website, at some point in 2017, the manufacturing facility in Fort Worth caught on fire.

In 2018, the company sold it’s assets to a business called We Dream LLC and they started using a new manufacturing facility in North Carolina. The new company is doing business as or “DBA” Cowtown Sleepers because they own the rights to use the name.

This is a Cowtown sleeper review based off the current company and our experience.

In order to get a Cowtown sleeper for our truck, our first step was to visit their website.

Once you choose the style and options you want, you submit a form on their website to arrange a quote.

We ended up calling because the quote we received was not very detailed and we didn’t understand all the options available. (They have since improved their website a bit, and it is a little less confusing.)

There was also an “estimate” for paint and install included on the invoice. It was reiterated several times that the paint cost was only an estimate, and that price could change. Not knowing exactly how much that would cost before ordering was a tad unsettling.

Once we placed our order, we had to pay 50% as a down payment. This was done by credit card over the phone, and the owner added a 3% service charge.

I could have mailed a check, but was eager to get the cab started and didn’t want to risk a check getting lost in the mail. If the check took a week in the mail, it would have delayed our cab being made. (Though now, I believe it wasn't even started til the week we picked it up.)

Once I paid the deposit, we were told that it should be about 8 weeks and she would get back with us on an install date.

What We DO Like About Our Cowtown Seating Unit

There are a few aspects of our Cowtown truck seating unit that we are happy with.

Overall, the quality of the sleeper is lacking. As Derek stated in the Cowtown sleeper review video, we honestly can not blame the shop in North Carolina. We met the owner of the fiberglass shop and he is a great guy and his shop gets great reviews!

From what we have gathered, the owner of We Dream LLC, DBA Cowtown Sleepers orders all the materials and parts. The shop is only able to use the parts that they are given, and you can’t ask for a quality product when you are using less than ideal parts and materials.

The number one thing that Derek was adamant about needing was ventilation for the kids. We were told that was not a problem and that the side windows would open.

Our particular unit was ordered for weeks and weeks before pickup. However, only two days before, the owner called to ask us where the windows were supposed to be cut. (All this should have been in writing from previous discussions).

It turns out that she had the shop cut the windows in the wrong place, and then tried to convince us that they would be better there. We dug our heels in and let her know that we had to have windows (that vented!) on the side.

She did go ahead and put side windows in “to make us happy.” However, when Derek arrived at the shop...he immediately noticed they did NOT vent.

As business owners ourselves, we know the importance of a happy customer.

We have owned several relationship based businesses and without a happy customer, you don’t have a business...or an income.

From day one working with Cowtown, we should have seen the red flags. In all honesty, we were a bit blind to the fact that there were no good Cowtown sleeper reviews (or bad for that matter) of the company online. Not even their Facebook page has any reviews.

Several things stick out at us now that could have been handled a lot better.

One of the things that I wish we had been told was that there was a good possibility that our truck’s back window would be shattered when they tried to remove it. The fiberglass shop owner told us that 90% of the time, defrosting automatic sliding back windows break. (That's about a $600 window)

We got lucky and ours didn’t break, but this is something people should be aware of up front before ordering.

We also had to call and/or email multiple times in order to get our install date set. Initially, there was quite a long wait, and we were grateful that they were able to move our install date up a week in the end...the communication just wasn't ideal.

On Our Install Date

When Derek arrived at the shop, there was no indication that he was in the right place.

There was no one there to meet Derek or tell him where to go. He called the owner of Cowtown, and was told that he need to take the truck around the back of the building.

The owner of Cowtown Sleepers then arrived. She never offered to show Derek the cab, or ask if he had any questions, etc. She just requested the rest of our payment.

She told Derek that it was about a 5 hour job to have the cab installed. He asked where the waiting area was, and if it would be ok to grab a bit of video footage of the installation. He was told that there wasn't a waiting area, and he couldn't stay there. She insisted that he was not able to stay and needed to go somewhere else.

It was about 90 degrees outside and 85% humidity that day. She did offer to give him a ride to a gas station where he could wait. From there, he caught an Uber to a Starbucks and an Uber back to the shop later.

Later, he was told by the fiberglass shop owner that they did indeed have a waiting area, and he would have been welcome to stay at the shop.

It was just an awkward experience.

What Did Our Cowtown Sleeper Cost?

Here is the breakdown of what we paid...

As we stated in our Cowtown sleeper review video, we were not expecting a luxurious cab. We just wanted an option that would safely suit our needs.

However, for the price that we paid, we expected a lot more than what we got!

Cowtown Sleeper Review... Are We Happy?

In a nutshell... no. We are not completely satisfied with the end product. We were very clear from the beginning that we were a full time traveling family who were expecting a new baby, and wanted to increase the seating capacity of our only vehicle.

We were assured from the initial conversation, that they were familiar with building these units for families and knew the needs of people putting kids in the unit.

After receiving our unit, we are confident that the company is not only unfamiliar with the needs of families, but are using subpar materials in order to manufacture the units as cheaply as possible.

Will We Use Our Cowtown Sleeper?

For now, we have no other option but to use the cab. It is serving the purpose that we bought it for, and we are only a few weeks out from baby arriving. We just are not happy with the quality or the customer service that we received.

Luckily, we have the back window to the truck so if we  decide to take it out, we can at least put our truck back together.

I really like the idea of the truck having seats for everyone though, so I believe we will be looking for someone to alter it, or make us a replacement. Time will tell.

In conclusion, I truly believe that Cowtown Sleepers is doing itself a great disservice. They could be creating a much better quality product with a little attention to detail, higher quality materials, and much better customer service. 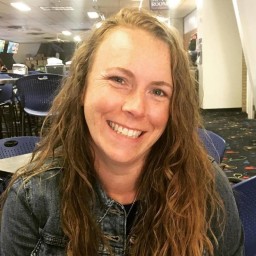 Stephanie (Mom) is the crafty one. She puts up with everyone's nonsense with a smile...and a glass of wine.

Please log in again. The login page will open in a new tab. After logging in you can close it and return to this page.