Progressive EMS: Is It Worth It

When we purchased our 2014 Keystone Raptor, the on board Onan 5500 generator only had approximately 50 hours on it. We think our rig may have been a repo unit and the previous owners rarely used the 5th wheel.

Onan 5500 generators are known for their durability and reliability.  Which is why most RV onboard generators are Onan 5500s. They usually do not require much maintenance and they really last.

Although they don’t require much maintenance, they do have two common issues that should be noted.

The first and most common issue with this generator is the fuel pump.  Although the fuel pumps on these generators frequently need to be replaced (compared to other generators), it’s not the fault of Onan and Cummings.  Onan actually makes great products and all of their generators are well engineered.

Ironically, the problem is with how the RV itself is engineered.

The fuel pump is designed to pump fuel (efficiently) at a distance of approximately six feet.  Most toyhauler rvs are over 38ft long and the fuel cell is usually located in the rear of the rig.

That means that a well designed low pressure fuel pump is constantly straining to pump fuel from a tank set at a distance of at least 38ft. Our Raptor is 41.5 ft long so that little fuel pump works hard to pump that fuel.

The second problem is also a fuel issue.  But again this issue is not the fault of Onan.  The second most common problem with these generators are the carburetors.  Generators are meant to be ran under load. Unfortunately most RV owners only crank their generators when shore power goes out or shore power is not an option.

"Gunked Up" Is A Real Phrase

By allowing the generator to sit for extended periods without running under load, the carburetor gets “gunked up.”  This means that when it’s time to actually NEED a generator, it either doesn’t run correctly or it doesn’t start at all.

Our generator had 50 hours on it when we purchased our rig and it was a 2014 model. That means that the generator was definitely not ran like it was designed to do.

Changing The Carb Is Easier Than You Think

The generator cranked when we purchased it but I did notice that it was running rough. I knew that the fuel pump was a common issue with these generators and I also knew that Onana designed these generators to be be easy maintained.  So I thought that it just needed a new fuel pump.

It turns out that it also need a carb.  I thought this was going to be a huge job but its was a lot easier that I expected.

I made a short video of the carb change that you can see below.

VIDEO: Replacing the carburetor on an Onan 5500 Marquis

If you have one of these Onan 5500 Generators and you are having fuel issues, Start with the fuel pump and then try changing the carb.

Buy It On Amazon

If you need to see exactly how to change the carb, see the video and feel free to comment below with any questions. 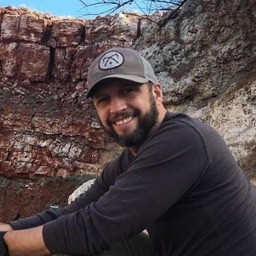 Derek (Dad) is the tall, goofy guy that loves life and is a friend to everyone. He is also notorious for leaving his dirty underwear around the house, and then asks Steph why there are no clean ones.

Please log in again. The login page will open in a new tab. After logging in you can close it and return to this page.